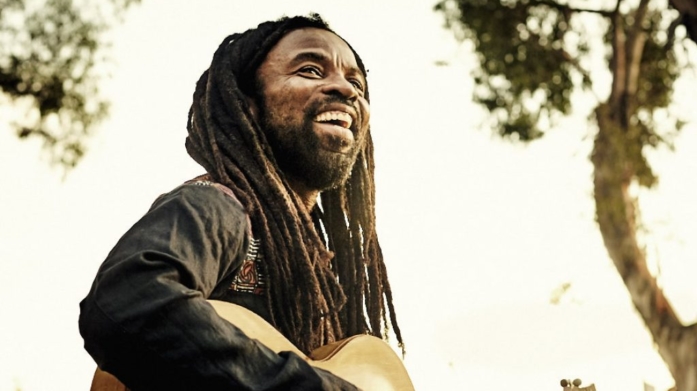 GRAMMY-nominated musician and activist, Rocky Dawuni, straddles the boundaries between Africa, the Caribbean, and the U.S. to create his appealing Afro Roots sound that unites generations and cultures. A galvanizing performer, Dawuni has shared the stage with Stevie Wonder, Peter Gabriel, Jason Mraz, Janelle Monae, and John Legend, among many others. Named one of Africa’s Top 10 global stars by CNN, he has showcased his talent at prestigious venues such as The Kennedy Center, Lincoln Center and The Hollywood Bowl.  Rocky is a UN Goodwill Ambassador for the Environment for Africa, a UN Foundation Ambassador for the Clean Cooking Alliance, and an Ambassador of Born Free USA which helps with anti-poaching legislation. Through these designations, he uses his music to shine a light on crucial issues facing humanity across the globe through live concerts, speaking roles, panels, youth empowerment, and more.

Influenced by the soulful beats of Fela Kuti and the positive messages of Bob Marley  – Rocky Dawuni’s infectious, sing-along sixth album, Branches of the Same Tree, (Cumbancha) was nominated for a GRAMMY for “Best Reggae Album” (2016) featuring the Afro Dancehall mashup video “African Thriller.”  Branches highlight Dawuni’s ability to communicate a universal, uplifting message that crosses borders and reaches out to the hearts of millions.

Rocky released his much anticipated 7th album entitled “Beats of Zion” in 2019 with its striking accompanying video shot in Jamestown, Accra (Ghana) through Six Degrees Distribution. Rocky has also released videos for “Wickedest Sound” featuring Ghanaian dancehall star, Stonebwoy, and the gorgeous “Elevation” shot in India.  Another track from the album “Let’s Go” is the theme song for Cadbury Canada’s Bicycle Factory Campaign and the beautiful 360-degree video from the song has already reached over 1 million views on YouTube.  “Burn One” and “Turn It Up” tracks have both been licensed by the TNT hit TV surf culture drama “Animal Kingdom.” Rocky recently released a new video for his upbeat positive Reggae track “Champion Arise” which deeply resonates across the globe during this difficult time. The song was named “Top Tune of the Day” on premier National Public Radio station KCRW where he also did a fabulous live recording from Accra with his full band for their “In Residence” series.  Rocky is preparing to release a new Ghana focused EP later this year.   In a time when divisive rhetoric is on the rise and the political climate prefers to build walls over bridges, Rocky’s album “Beats of Zion” is a refreshing message about global unity and a worldview of oneness.

“The unspoken guarantee with any Rocky Dawuni song is that it will take you higher, that it will move your heart and body in equal measure. New single “Beats of Zion”, from Dawuni’s upcoming album of the same name, is no exception, delivering fast rhythms and warm harmonies.” Pop Matters

Branches of the Same Tree”

Hymns for the Rebel Soul