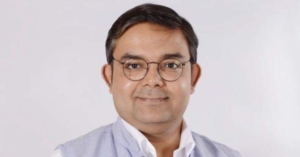 Krishna Iyer is a fusioneer of spirituality and technology.  Krishna works with conscious businesses and individuals to enable deep transformation.  He facilitates spiritual retreats on behalf of the Tej Gyan Foundation globally. He has translated several spiritual books and conducts spiritual retreats globally, especially in the United States and India. He has shared the stage with several spiritual luminaries such as His Holiness The Dalai Lama, Roy Eugene Davies, and Tami Simon. Krishna has interviewed His Holiness The Dalai Lama in front of ten thousand people in India.

Ashok Nalamalapu was born in India and has been a devotee since his childhood. He has been leading multi-faith chants and playing harmonium since 2011, singing in the traditional Indian Raga style. Ashok has been studying with Indian classical musicians including Kala Ratna D.V. Mohana Krishna and Grammy Nominee, Jai Uttal. He has led kirtan at many festivals across the country including Bhakti Fest, CA. Ashok has also led kirtan at colleges, temples in India and the US, and yoga centers including Kripalu, Ananda Ashram and in Spain. In addition, he has served as a Master of Ceremonies, inspiring the audiences at all the major US kirtan festivals. He is a lead vocal singer at Swan Kirtan band. Ashok has been offering kirtan to audience around the world online. His debut album, “We are all One” is available on cdbaby.com. You can reach him at ashok@SadhanaMe.com